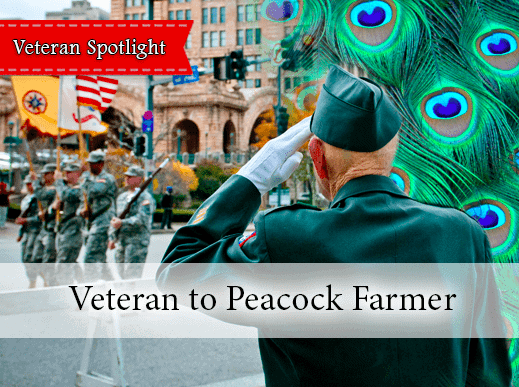 Veterans are very important to Magnolias of Chambersburg as we have several in our family of residents here.  The life stories of our veterans are all very special and significant, like Harold.  Harold is an 85 year old Veteran of the Korean War where he served in the Air Force as a Tech Sergeant Officer in Albuquerque, New Mexico. After the war Harold met his wife and had 3 children.  Harold and his wife lived in their home for 50 years that he built himself.   Harold and his wife were married for 60+ years and Harold has 6 grandchildren. One of his grandchildren followed in his footsteps and has served 4 years in the Air Force.    Harold also served his church and taught a men’s Sunday school class for many years.  Harold is also very proud of the peacock farm that he and his wife had in their home.  Harold raised Peacocks for many years and Harold is always excited to show all of the pictures and tell stories of his Peacocks that fill his room. Harold retired in 1987 as a Computer Technician from Letter Kenny Army Depot.  At Magnolias Harold is very active and enjoys scenic van drives and attending social gatherings.   On November 11, Veteran’s Day, we will recognize Harold as well as all of our Veterans at Magnolias who served our country.   Thank you, Harold, for your service!