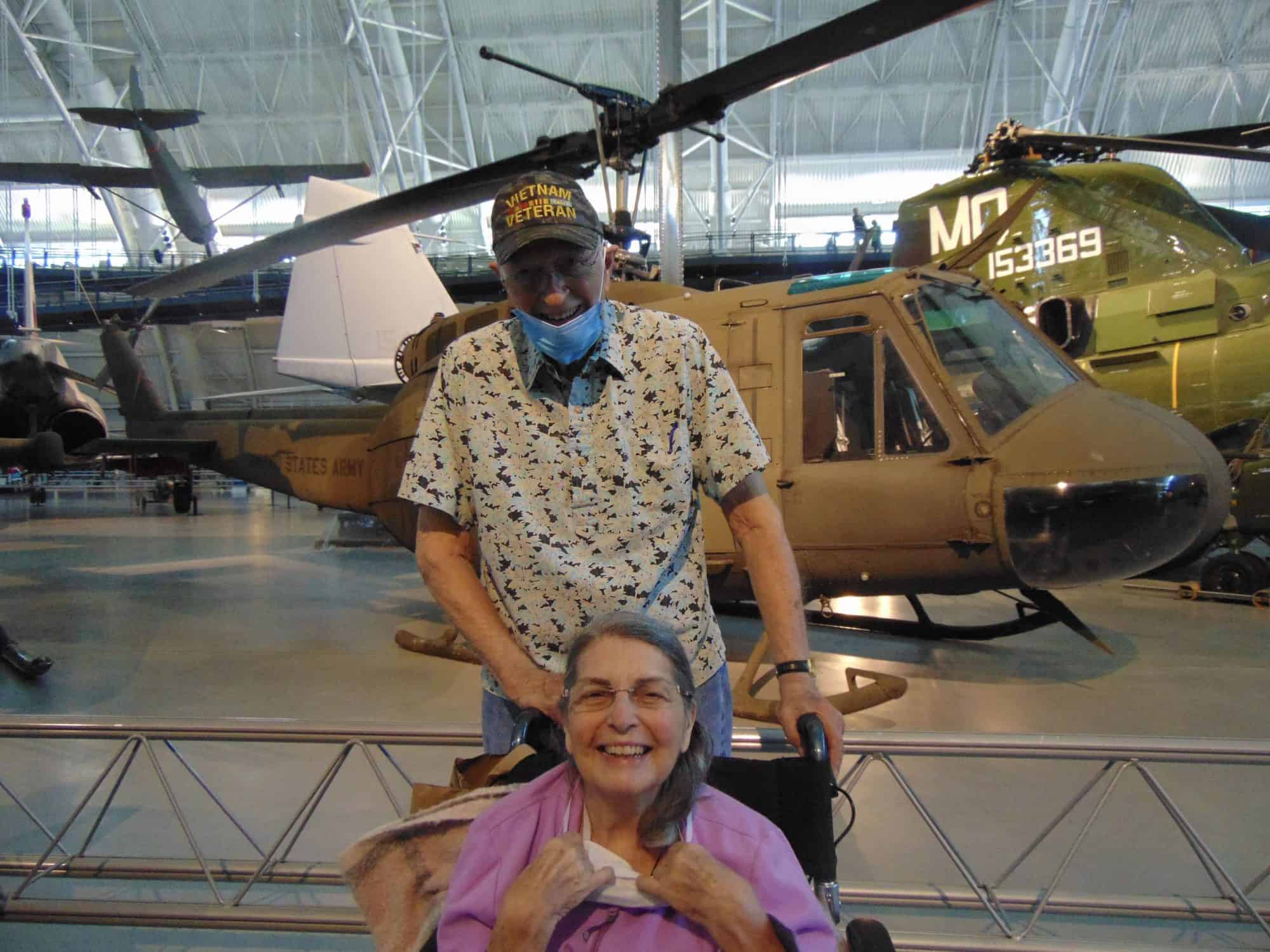 The stop at Washington Dulles International Airport, where the museum is located, had added significance to Raydean, who served in the U.S. Army from 1958 to 1984 and attained the rank of colonel.

“What made our time at the Steven F. Udvar-Hazy Center so memorable is that we were able to see the actual helicopter Raydean flew in the Army,” said Abbie Succop, LifeStories Director at Hunters Woods at Trails Edge in Reston. “While in the Army, Raydean was injured in the leg. Raydean was in his 30s during his time in Vietnam. Mickey never left Raydean’s side throughout his recovery.”

Raydean Patterson and his wife appreciated the opportunity to see the Bell UH-1H Iroquois helicopter he flew during his time in the service. The museum display noted this Iroquois helicopter, also commonly known as the Huey, had a distinguished combat record from 1966 to 1970.

Raydean and Mickey Patterson will celebrate their 63rd wedding anniversary on September 9. They have two grown sons, including one who lives in Reston.

Army life and other adventures have had the couple residing in 34 different homes in places such as Hawaii and Europe before settling into Hunters Woods at Trails Edge, where Raydean, 85, resides in independent living and Mickey, 83, lives in LifeStories memory care. The Pattersons are natives of Missouri.

“After he retired from the Army, he became a CNA and took care of his mother for the next two years,” Succop said. “After his mom passed, he worked in a senior living for the next few years picking up four-hour shifts. Raydean has been taking care of Mickey for the past two years, which he says is payback for his year-long stay at Tripler Army Medical Center in Hawaii when he was injured.”

The visit to the National Air and Space Museum Steven F. Udvar-Hazy Center provided Raydeen and Mickey a link to another era. It certainly wasn’t an ordinary tour for the couple.