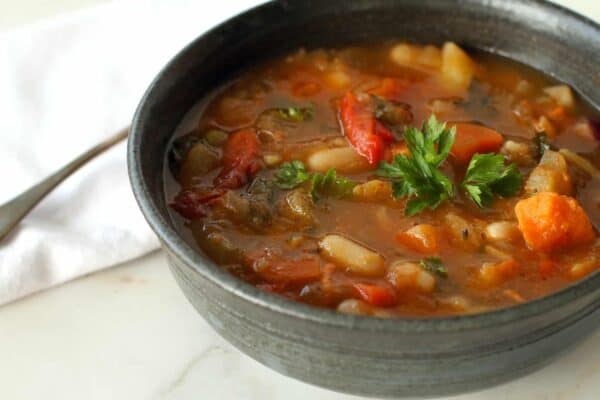 This year, the senior living community altered its plans after reports of the devastation caused by Hurricane Harvey in Houston, Texas, and the surrounding region. When the Homemade Soup Sale is held from 3:30 to 5:30 p.m. on Wednesday, Sept. 6, proceeds will be split among two good causes – the Alzheimer’s Association and the relief fund for victims of Hurricane Harvey/Tropical Storm Harvey.

“We had planned to donate all proceeds to the Alzheimer’s Association as we usually do,” said Danielle Foor, Executive Director of Colonial Courtyard at Bedford. “But we have two team members with family in the flooded areas of Texas. Nanette Bankes has two sisters there and Ruth Forquer has three daughters in Texas.”

“Due to the close ties of our team members with those who have been affected by Hurricane Harvey, and the ongoing devastation there, we have decided to split the proceeds,” Foor continued. “We are very close to reaching our annual goal for donations to the Alzheimer’s Association so we also collecting monetary donations for Texas.”

Quarts of the chicken and rice soup and chili cost a donation of $7. The soup/chili and rolls are made for pick-up at Colonial Courtyard at Bedford, 220 Donahue Manor Road. People are encouraged to reserve their soup order by calling 814.624.0100 through Monday, Sept. 4.

Foor said that Ruth Forquer, one of Colonial Courtyard at Bedford’s LPNs, has three daughters in Texas, and two of those reside in areas that have been flooded – Missouri City and Louise, Texas. The other daughter resides in Fort Sam Houston.

“Both of my sisters live in neighborhoods that are affected by the flood waters,” Bankes said. “There were evacuations in both of their neighborhoods, but fortunately their houses are at a high enough elevation that they did not have to evacuate. It really hits home. We are looking forward to our upcoming soup sale on Sept. 6 to donate some of the proceeds to this horrific disaster.”