TYRONE, Pa. – Colonial Courtyard at Tyrone administered the first dose of the COVID-19 vaccine with all but one resident and 70% of team members choosing to receive vaccinations during a clinic on Wednesday, Feb. 3 at the senior living community. 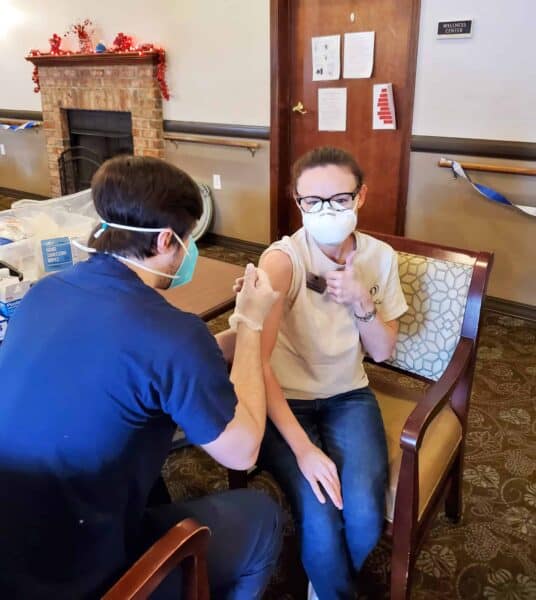 Additionally, all Colonial Courtyard at Tyrone team members who were vaccinated had an opportunity to buy a $5 pie to throw at a member of the leadership team. Twenty-nine pies were purchased and $145 raised for the Alzheimer’s Association.

“What an important day for the entire Colonial Courtyard at Tyrone family,” said Morgan Burroughs, Executive Operations Officer at the senior living community located at 5546 East Pleasant Valley Boulevard. “All of our residents with the exception of one chose to be vaccinated, along with 70% of our staff. Most of those team members who could not be vaccinated for different reasons on Wednesday intend to receive the vaccine at an upcoming clinic.” 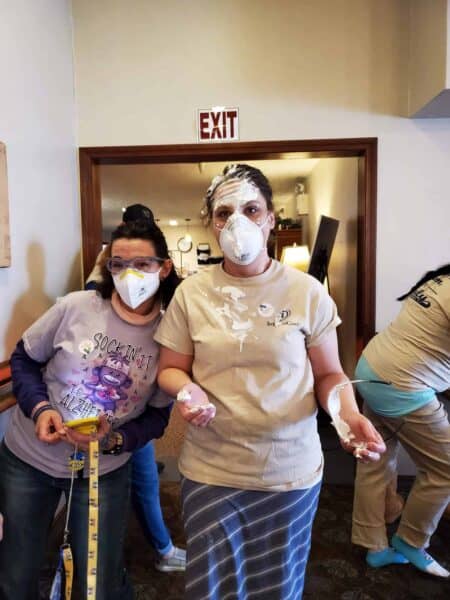 “We did a nice job of balancing this very serious business with a fun time,” Burroughs said. “Those team members who received vaccines also could help in the fund-raiser while throwing a pie at a member of the leadership team. It was like a scene out of the classic slapstick comedies on film and television.”

CVS Pharmacy team members administered the first dose of the vaccine. A second vaccination clinic is scheduled at Colonial Courtyard at Tyrone on Feb. 24.