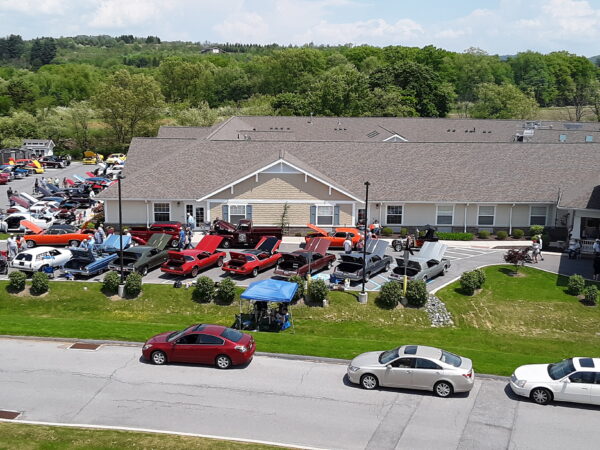 “We always say this is one of the best shows on four wheels – or two wheels — and the Leonard Street Car & Bike Show has lived up to its reputation,” said Sandy English, Director of Sales and Marketing at Colonial Courtyard at Clearfield. “This event brings together so many people and so many great cars and bikes in support of a very important cause to our senior community. It’s rewarding to see so many people turn out to help the Alzheimer’s Association.”

English said 73 vehicles participated in the show, which included 20 different classifications for car and bike owners.

“The Leonard Street Car & Bike Show continues to grow and is a special part of our senior living community as well as the Clearfield community and surrounding region,” said Joanie Taylor, Business Office Assistant at Colonial Courtyard at Clearfield and an organizer of the show. “To see 73 cars and bikes in the show was special. The large turnout enabled us to raise $2,000 for the Alzheimer’s Association, which made the show even more of a success.”

Media inquiries should contact Sandy English, Director of Sales and Marketing, Colonial Courtyard at Clearfield, at senglish@integracare.com or 814.765.2246.