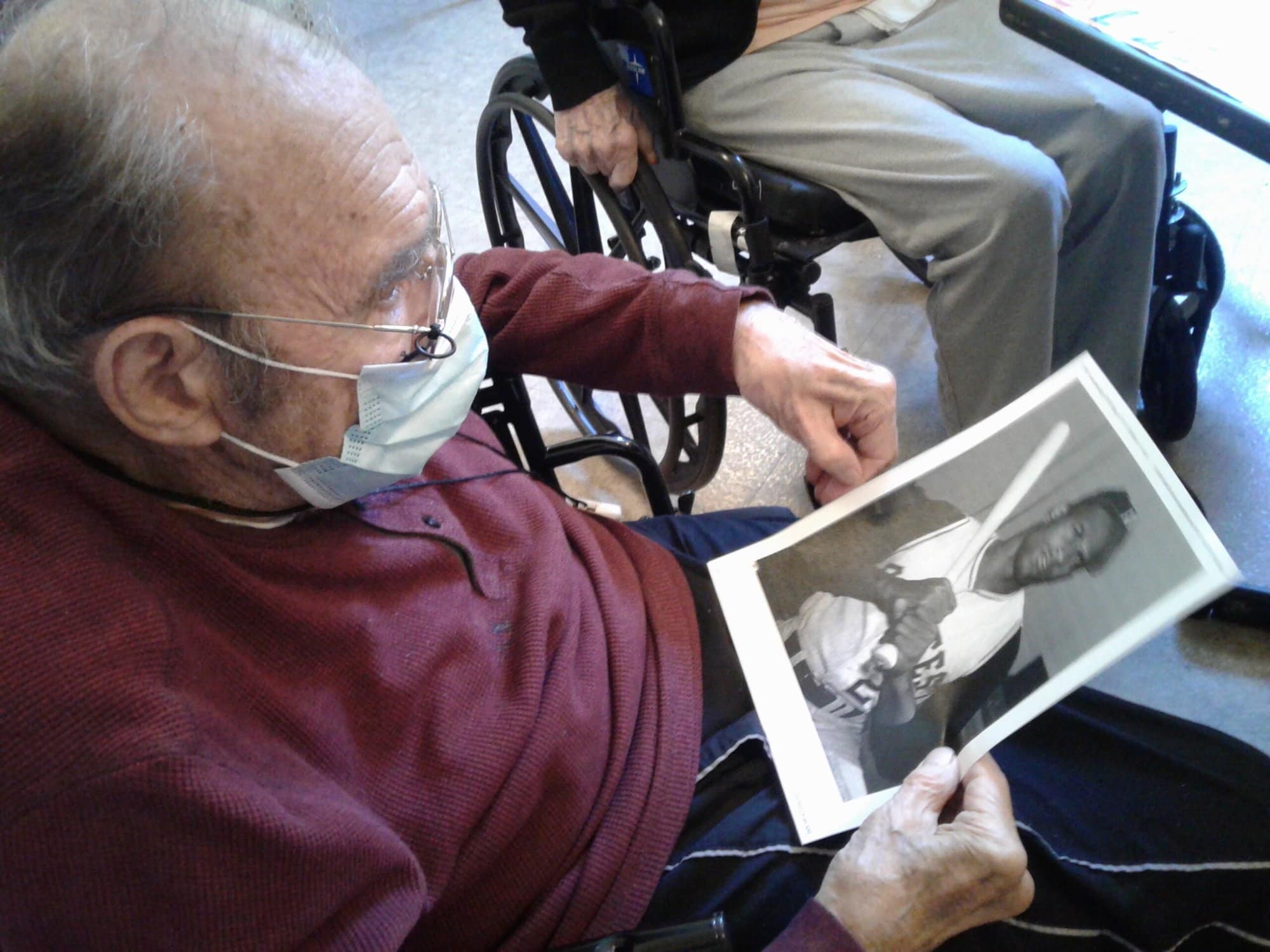 “Love is the most important thing in the world, but baseball is pretty good, too.”

Residents at The Pines of Mount Lebanon agree with the above statement by the colorful and oft-quoted former New York Yankees star.

Even though the hometown Pittsburgh Pirates aren’t a playoff contender this summer – again – baseball still remains a popular topic in the IntegraCare-operated senior living community.

“I used to watch Ralph Kiner when he played for Pittsburgh,” said Vincent Fenicato, 94. “He hit home runs.”

Kiner sure did have a knack for hitting the long ball. The slugger collected 301 homers in eight seasons with the Pirates from 1946 to 1953. But Fenicato had an even more special memory of a historic Pirates home run that actually caused him to be late for work.

Whether they followed the Pirates, Yankees or any other Major League Baseball team during their youth, many seniors fondly recall the so-called “Boys of Summer.”

“I used to go to baseball games with my brother when I was 7 or 8 years old,” Domaracki said. “It was a fun, family activity. We had a big family.”

Pines of Mount Lebanon resident Joan Holtz, 89, didn’t follow the sport as much as other fans of the game, but she still had a special memory.

“I grew up in a family of girls so we didn’t watch much baseball,” Holtz said. “But I saw the Yankees play once at Yankee Stadium. I went there with my father.”

Baseball always has had a special place in the hearts of residents and their families throughout IntegraCare communities located in Pennsylvania, Maryland and Virginia, especially prior to the pandemic.

In 2016, Newhaven Court at Clearview housed two Butler Blue Sox players as part of a host-family program. The Prospect League college-level players became close friends with residents and staff at Clearview, where a small display recognized the players’ accomplishments and allowed residents to track their batting and pitching statistics throughout the Blue Sox season.

Residents of The Pines of Mount Lebanon don’t have players living among them, but they still follow the hometown Pirates on television or the radio. They also reminisce about the “Beat ‘Em Bucs” or “Lumber Company” glory days of the Pittsburgh franchise.

“The Pirates are my favorite team and Roberto Clemente was my favorite player,” said Stephen Burns, 71. “I used to go to games with my friends when I was 10 or 11.”

“We used to go to the games with my dad and my sister,” added Louise Kamyk, 66. “Those were good memories. The best.”