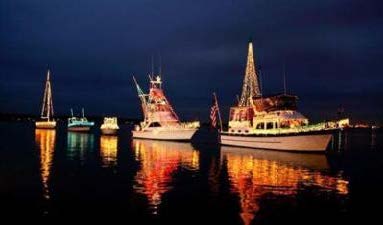 “EASTON — Grace Lyons views her role as the new community relations director at Candle Light Cove Assisted Living as an opportunity to help others while pursuing a career in her hometown.”

“An Easton native, Lyons knows about life on the Eastern Shore. She can relate to residents and their family members who have called this region home.

“I always knew I wanted to work and raise my family in Easton,” said Lyons, who with her husband Taylor is raising two young sons. “I enjoy working with seniors. I believe we have so much to learn from one another, and I am looking forward to learning from everyone at Candle Light Cove.”

Lyon’s presence made an impression on both residents and those who work with her on the Candle Light Cove team.

“Grace is a huge asset to both Candle Light Cove and the greater Eastern Shore community. Her kind spirit, focus and determinations spoke to me immediately,” said Tami Weber, Eastern Regional Director of Community Leasing and Relations with IntegraCare, which manages Candle Light Cove. Weber was previously the community relations director at Candle Light Cove for six years before moving to her regional role in January.

“I have already seen Grace make a tremendous impact in her role, and am excited for her future with IntegraCare,” Weber said.

Lyons was part of the annual Peep Show and Spring Festival Community Yard Sale at Candle Light Cove. The events, which concluded on April 2, raised $461 for the Alzheimer’s Association and $397 for the Parkinson’s Foundation.

“The Peep Show and Spring Festival were a huge success,” Lyons said. “We were thrilled to see the community participation for the Peep Show. A lot of folks came out and enjoyed a visit with the Easter Bunny, lunch from Catering by Jamie, and they cast their votes for their favorite Peep Show display.”

The Peep Show concept encourages contestants to use marshmallow treats known as Peeps to create a sculpture, mosaic or other type of visual art. Peep artists were creative in making 12 entries during Candle Light Cove’s third Peep Show. Community organizations, residents, children of team members and grandchildren of residents all participated in the fundraiser.

The winners included:
• First Place: “We stand in solidarity with Ukraine,” made by Londonderry on the Tred Avon.
• Second Place: “Peepston,” made by Partners in Care.
• Third Place: “Peepin’ by the Bay,” made by the Candle Light Cove Assisted Living.

The community yard sale participants reserved tables, with funds going to the Alzheimer’s Association. The Easter Bunny made an appearance at the event, which also benefited the Parkinson’s Foundation.

Grand Rental Station of Easton donated the tables and chairs, and Catering By Jamie made pit beef and pit turkey for fundraising effort. The generosity and hard work by those involved in the fundraising events didn’t surprise Lyons, who said that’s how residents of Easton respond to a call to help those in need.

“Candle Light Cove has an incredible team and I’m so proud to be a part of it,” said Lyons, who recently joined the Talbot County Commission on Aging, the Talbot Chamber of Commerce and Maryland Access Point.