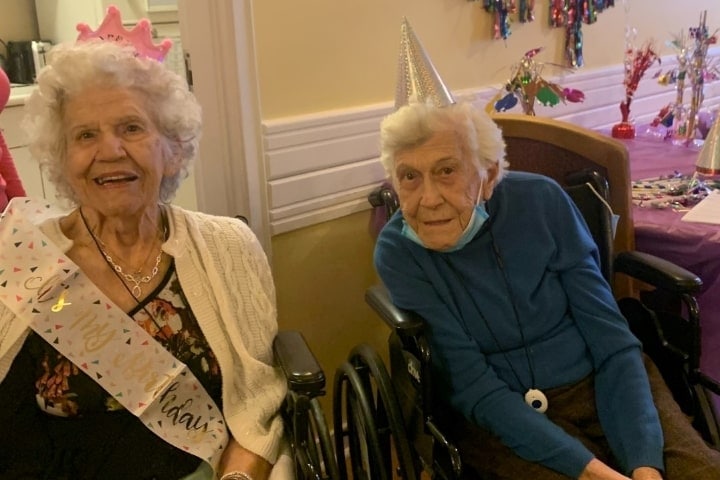 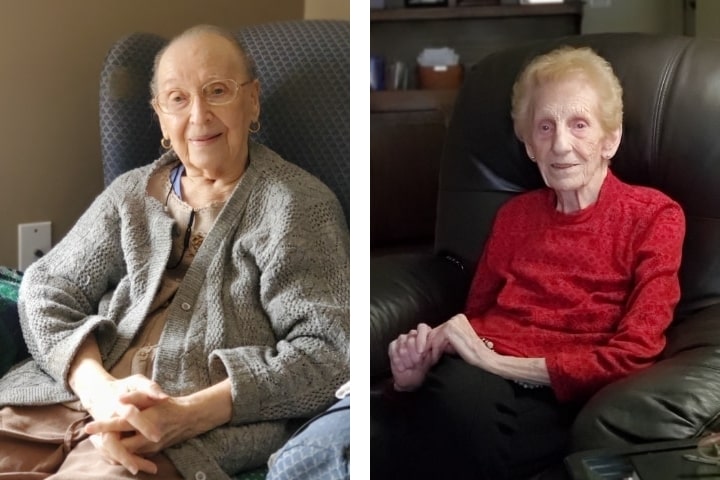 BUTLER, Pa. – Newhaven Court at Clearview sure knows how to celebrate a 100th-year birthday.

After all, the senior living community in Butler has had plenty of experience recognizing such milestones. Newhaven Court at Clearview is home to four centenarians whose ages range from 100 to 104 years old.

“We celebrate all residents’ birthdays, but when someone hits 100 years old, it’s certainly special,” said Casey Bowser, Community Relations Director at Newhaven Court at Clearview. “It speaks to them making the right decisions in life. Everyone wants to hear the advice someone who is 100 has to give. There’s magic in that century milestone.”

Pauline Parr, 100, and Madeline Golec, 104, each grew up on farms in Butler County and attended a country school together through the eighth grade. They eventually reconnected at Newhaven Court at Clearview.

Gertrude Klingensmith, 101, and Ruth Spack, 100, also both were raised in families that lived and worked on farms in Butler County.

“To have four residents who each are centenarians is an extraordinary milestone. More than 400 years of life experience among four very special people,” said Gary Renwick, Executive Operations Officer at Newhaven Court at Clearview. “Pauline, Madeline, Gertrude and Ruth all are respected members of our community who bring smiles to the faces of those who interact with them each day.”

Gertrude Klingensmith was born in the summer of 1921 on the North Side of Pittsburgh. “When I was 5 years old, we moved to Butler,” she said. “My dad bought a farm in Connoquenessing. We had peacocks, I don’t know why I remember the peacocks. After a few years we moved to the city of Butler.”

When asked what are the keys to reaching the 100-year milestone, Klingensmith said her strong work ethic played a role.

“From the time I was 16 years old I worked,” Klingensmith said. “I was a seamstress, I had four children and I ran a restaurant called the Homestead. I bought six acres of land, and it had a house on it. We remodeled the house into a restaurant. I supervised nine people. All of that activity helped to keep me sharp.”

Ruth Spack was born in the summer of 1922 and lived on a family farm in Prospect. She became a centenarian this year.

“I never expected to live this long, no one else in my family has made it this long,” Spack said. “I do feel a sense of pride about it. I still want to continue to be useful.”

Spack also was accustomed to hard work and making the most of her family’s resources on the farm.

“We would can food, work the garden, we were always busy,” Spack said. “After high school I moved to Meridian and did some work with child care. Then I worked at store in Meridian. Then, I worked for 25 years for the county. I worked in the prothonotary office as a clerk of the common pleas court.”

Life on the farm in her early years set the foundation to her longevity.

“I was raised on a farm with a large family, always lived a good, clean healthy life,” Spack said. “I walked four miles to high school. They say walking is good for you. Maybe all that walking may have done me some good.”

Pauline Parr also was born in 1922 and spent her early years living on the family farm.

“I grew up in the middle of the country on a farm. It wasn’t very big, 30 acres or something,” Parr said. “I was the oldest of 10 kids. We kept it up, raised our animals. After high school, I became a nurse. I was a nurse all around Butler.”

Her background in healthcare and a willingness to put in a hard day of work were two reasons Parr attributed to her good health.

“I worked a lot, just running on the farm,” Parr said. “We had to carry our water a long distance. It wasn’t convenient like it is now.”

Madeline Golec was born in the spring of 1918. She tended to cattle on her family’s farm at a young age, continuing a family theme of country living.

“I grew up in the county and we owned a farm, but my dad didn’t do the farming,” Golec said. “He hired someone to do the farming. I liked to tend to the cows. I did the milking, I gave them fresh hay and straw to eat and to lay down on. They liked to be petted.”

Golec said her approach to life probably led to her good health.

“I just lived one day at a time,” Golec said. “I didn’t do too much planning. I was waiting on tomorrow to come.”

One of those “tomorrows” led to a reunion for Golec and Parr.

“We went to school together,” Parr said. “It was a little country school, all eight grades together. We would visit each other from time to time.”

“I am older than Pauline. We recognized each other,” Golec said of her first encounter with Parr at Newhaven Court at Clearview. “I like knowing there’s someone here who is around my age and knows a little about my past.”

Newhaven Court at Clearview is fortunate to have four centenarians with 400 combined years of lives well-lived.